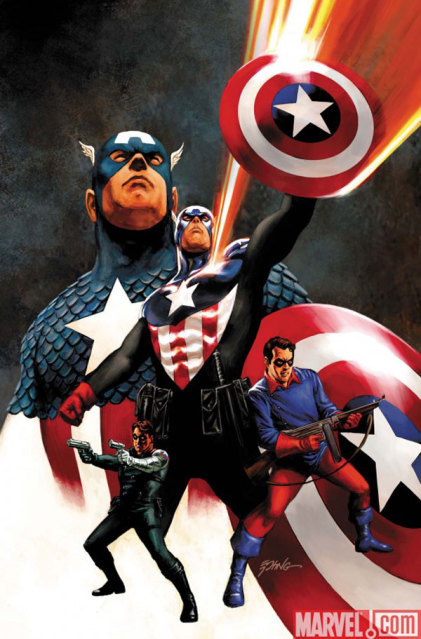 We will be selling copies of Captain America #600 on Monday, June 15th.  This will be the book that leads into the return of the REAL? Captain America, Reborn #1.

Where were you when Captain America died? It’s the anniversary of the day Steve Rogers was killed, a day of reflection and mourning in the Marvel U…a time to look back on the things Steve did and what he stood for… or is this issue actually the beginning of the most wicked plot twist since issue 25? Yeah, actually it’s both. Plus, contributions from Cap creators past and present, including a very special essay by Joe Simon, a classic story from Cap’s Golden Age, a full gallery of 600 Cap covers, and more anniversary shenanigans than you can shake a shield at!