In 2005, Joss Whedon was hired to write and direct a live action Wonder Woman feature. Years before the success of The Avengers, ultimately, the project and Whedon were abandoned and the project was left in limbo (Aka Development Hell!)

We got our hot little hands on a copy of this legendary script and will be bringing it to life with our very own Wonder Woman, Jennifer Wenger, in FULL costume. Joining us as Steve Trevor is actor/director Curtis Fortier.

We’ll also be joined by Adam Marcus and Debra Sullivan (writers of the current hit film MOMENTUM) and a handful of other comic creators, actors and actresses TBA!

This will probably be the closest opportunity to experiencing Joss Whedon’s vision for the Amazonian Princess and it’s totally FREE! Popcorn and beverages will be served.

Those of you who attended last year’s Development Hell (Indiana Jones and the City of the Gods) knows what a fun and rare experience this is! See you here! 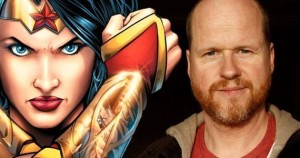