Writer, Anthony Johnston, and artist, Steven Perkins, return to the Cold War-Era Berlin for this prequel to The Coldest City.  After a string of botched assignments for M16 in Berlin, David Perceval is being sent home.  Even his final mission before leaving – the defection of a Soviet scientist – goes badly wrong, as the coldest winter for 30 years descend 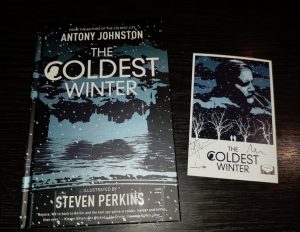