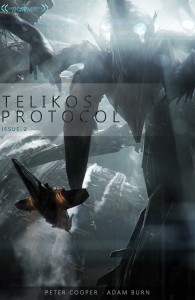 In a future where Earth is left barren by environmental collapse, humanity is on the brink of extinction and alien technology is the only hope left for its underground population. But when aliens return to Earth, leaving destruction in their wake and a city in ruins, it falls to Steve Forrester, a soldier hated for a crime he did not commit, his partner Lily Goldstein and scientist John Santilli to try and save the human race.