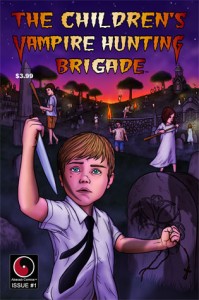 In 1954 in Glasgow Scotland hundreds of children descended upon the Southern Necropolis cemetery armed with steak knives and torches, looking for a vampire with iron teeth they thought had killed a couple of local kids. The Gorbals Vampire is today thought of as an incident of mass hysteria. But what if some of those children found what they were looking for?

Flash forward more than a half a century: Gavin and Doug are two juvenile delinquents drinking in that same graveyard the night the vampires come back. Sometimes the good guys are a couple of bad boys.