The Comic Bug is proud to host a Saturday signing on the release of their trade paperbacks,

Pornsak Pichetshote is the writer of Infidel from Image Comics.

Joe Henderson is the writer of Skyward from Image Comics.

“MY LOW-G LIFE,” Part One One day, gravity on earth suddenly became a fraction of what it is now. Twenty years later, humanity has adapted to its new low-gravity reality. And to Willa Fowler,
a woman born just after G-day, it’s…well, it’s pretty awesome, actually. You can fly through the air! I mean, sure, you can also die if you jump too high. So you just don’t jump too high. And
maybe don’t stumble into a dangerous plan to bring gravity back that could get you killed…. From writer JOE HENDERSON (showrunner of Fox’s Lucifer) and artist LEE GARBETT (Lucifer,
Loki: Agent of Asgard), SKYWARD is an adventure-filled exploration of our world turned upside down and a young woman’s journey to find her place in it. 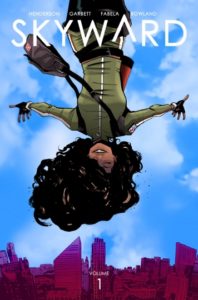 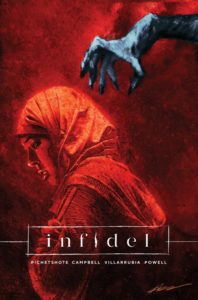