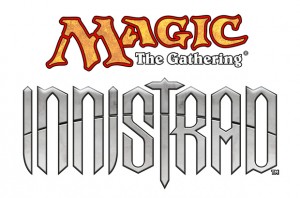 Bring your game to The Comic Bug and battle for prizes! The event starts at 1pm.

Experience the newest Magic: The Gathering set a week before it goes on sale!

You will also receive an exclusive Mayor of Avabruck/Howlpack Alpha promo card while supplies last!

When you show up at a Prerelease you will be given the opportunity to play with the newest cards in the following formats:

Sealed Deck: Each player receives six Innistrad booster packs to use for building a deck.

Booster Draft: Players participating in a booster draft event should each receive three Innistrad booster packs to draft with.

Two-Headed Giant Sealed: Each team of two players receives eightInnistrad booster packs to use for building a deck (each team receives a total of eight booster packs).

In addition to the booster packs, each player receives (while supplies last):

The Achievement card is a fun activity for you to complete. Earn the satisfaction of completing all the tasks over the course of the Prerelease!