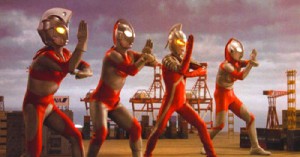 For those living in the Los Angeles area; come spend a Saturday evening with one of Japan’s most enduring super heroes, with a free screening being held at Manhattan Beach’s famed The Comic Bug – this coming October 24th.

Featuring two episodes directed by non-other then cult director Takashi Miike (we’re NOT joking), both from the series “Ultraman Max”. Followed by the action-packed movie “Ultraman Mebius and the Ultra Brothers”, in which the rookie Mebius teams up with his predecessors, to fight off against an evil alien alliance and their champion monster, U-Killersaurus!

Again, it’s a free showing, so come along enjoy the wacky Ultraman franchise, which has been going strong since 1965!

6:55PM: Ultraman Max: Who Am I? – Also Directed by Takashi Miike