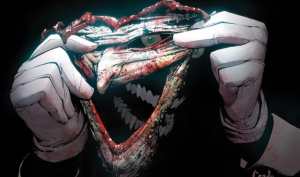 RING IN THE NEW YEAR with THE COMIC BUG, SCOTT LOBDELL and NORM RAPMUND!

The Joker has been wreaking havoc on the DCU since his return in September. This January, his evil spreads to TEEN TITANS!

Meet TEEN TITANS/SUPERMAN/RED HOOD writer SCOTT LOBDELL and TEEN TITANS/RAVAGERS inker NORM RAPMUND and get your TEEN TITANS #15 signed as well as any of their hundreds of comics!

Also, stick around for an exclusive Q&A with Mr. Lobdell and Mr. Rapmund, where we dig deep and leave no secrets uncovered!