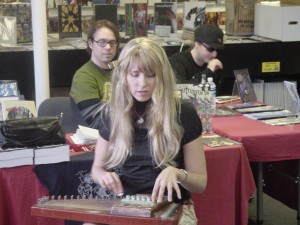 Meet the artists responsible for some great indys such as Meat Cake, Nightmares & Fairy Tales & Autumn at The Comic Bug on November 18th from 2-4pm.

Dame Darcy won a scholarship to the San Francisco Art Institute in 1989. She majored in film and studied animation under Larry Jordan. That same year, Darcy self-published the first issue of her comic book, “Meat Cake.” She also began her endeavors in freelance illustration and cartoon work for various Bay Area magazines, newspapers, and underground ‘zines.

Dame Darcy will be signing copies of The Illustrated Jane Eyre

For more information, go to her website at www.damedarcy.com 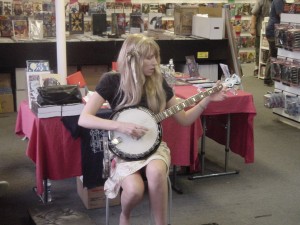 Crab Scrambly From the artist who illustrated Everything Can Be Beaten comes the miserable adventure of unlucky Zazil. While traveling through fantastical worlds to escape the creatures known as the Charnocks, he discovers that his unfortunate luck follows him no matter what plane of existence he ends up in. He also currently draws the comic book Nightmares & Fairy Tales published also by Slave Labor Graphics

A press release for his book The 13th of Never http://www.slavelabor.com/nf_13th.html

Tom Kovac writes and draws the comic Autumn. He is also writing the new series Wonderland, both published by Slave Labor Graphics. A press release which features info about the Wonderland comic.