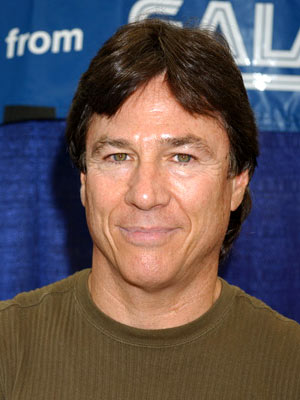 You would be hard-pressed to find an actor who has more class and an all-around nice guy then Richard Hatch of Battlestar Galactica fame.

Richard Hatch made an appearance at our store on 9/30/2006 and gave his fans a good time.  He discussed his work on Battlestar Galactica in the original series and also the current hit series.  He also talked about his own creation, War of Magellan, that will be seen in print next year and also as a gaming system soon.

Richard Hatch signed autographs for his fans and was a great sport when his appearance on a 70’s show featuring actors doing stunts was played on the tv screen. Watching himself performing headstands on a high-wire brought back great memories and also great stories for those at the signing.

We would like to thank those who came to the event and also to Richard Hatch for taking the time to visit us. He may also make another appearance in the future when War of Magellan sees print.